Decided to dress up this year for the Knights of Columbus Halloween party and will also be doing the same look for tonight’s trick-or-treating.  This look was founded on Instagram and seemed easy enough.  It wasn’t as easy as it looked, to be honest, but the end result was so much fun to look at.  My youngest will be a kitty and my oldest will be wearing a previous costume: Snow White.  Husband took these photos as I was getting ready.  I also did the kitty makeup on my daughter but she said it was too much makeup so she washed it off and I repainted just the nose and whiskers.

This year we also decided to carve pumpkins instead of doing the spider web thing, which felt like work.  Carving was a lot more fun.  Unfortunately, pumpkins don’t last very long so they molded over and we had to toss them.  We realized that in order to keep them longer lasting, we had to wash them in bleach after carving, etc., (husband looked up the process) so we’ll be trying that next year. 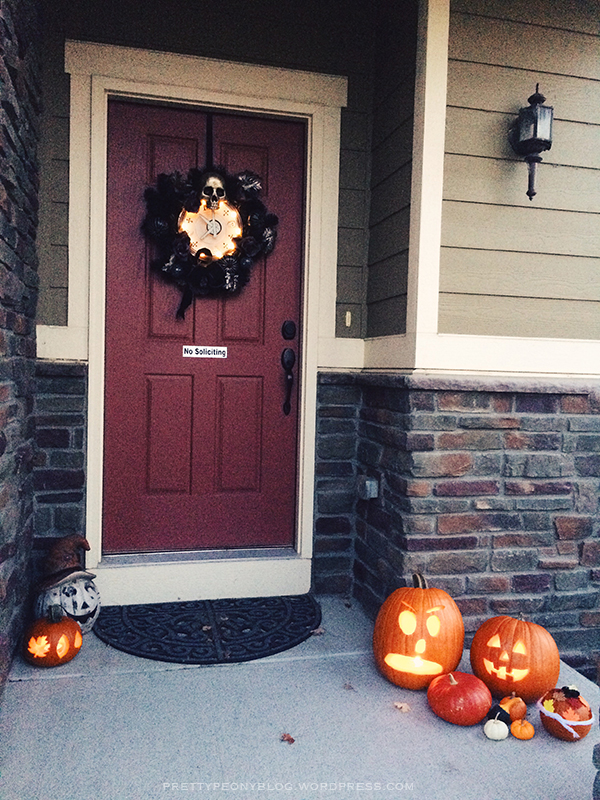