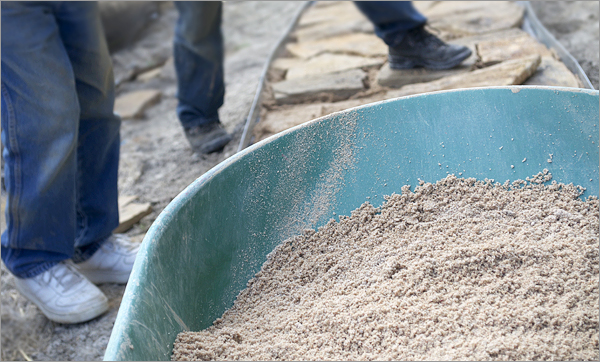 [Husband and father-in-law working on the walkway]

My husband has been hard at work putting in the walkway.  Last weekend my father-in-law (his dad) helped which was deeply needed since I don’t have the man-strength to do that kind of work.

We are starting on the walkway.  Originally, it was so that we could transport rocks, dirt, sod, trees, etc., down to the backyard but now husband is thinking of doing all that on the other side of the house were there is more space and the hill down isn’t so steep.  We still have time to really decide on that.

Here are the before and after photos.  We are not completely done yet so more photos will be coming. 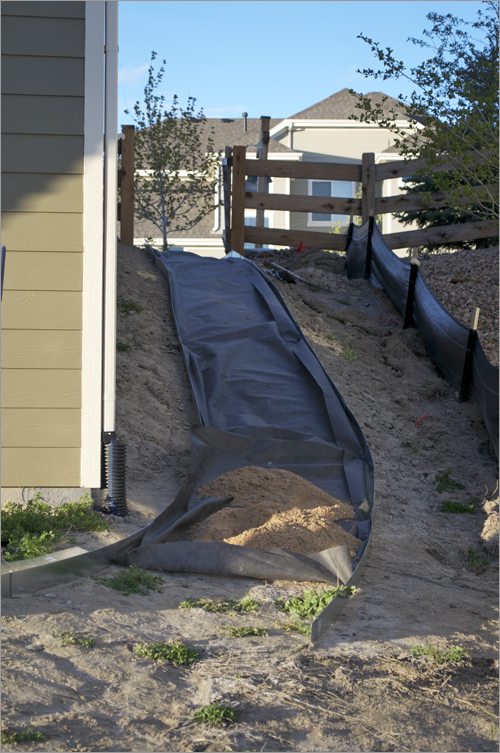 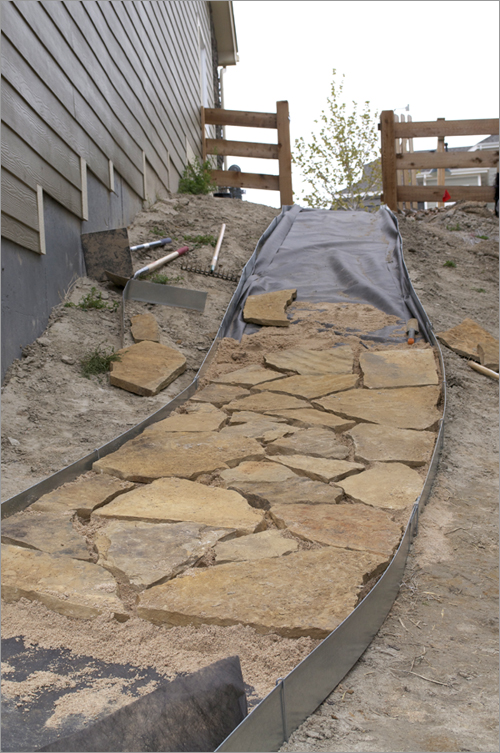 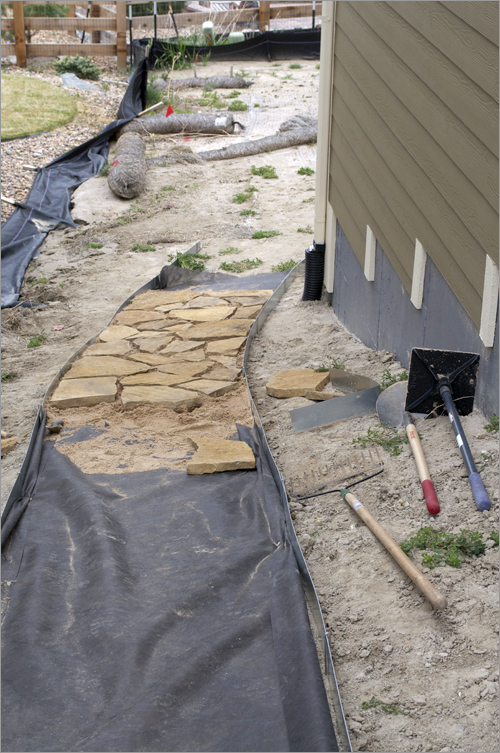 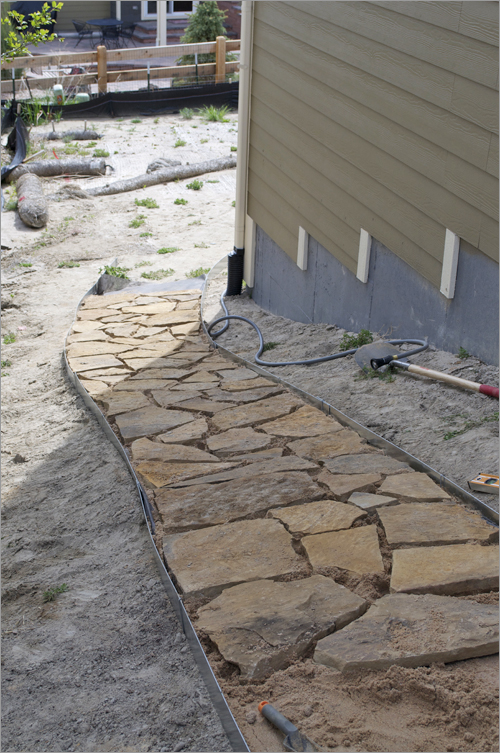 I did help a little and so did Kylie.  We shoveled the rocks and that was seriously hard work.  My body ached for 3 days!

Here is a glimpse at our desert-like backyard.  It gets so dry here that the ground cracks.  The dirt is made of sand and clay and when it’s dry like that, it’s like rock.

Close up of what the dirt looks like.  Kylie loves to play in it like she’s at the beach.

Follow From My Corner of the Universe on WordPress.com
Siena Blue