This morning, youngest daughter and I took husband to the airport. He is one of the ones who has to work during this crazy time. It’s hard to relax knowing he’s out there and could possibly get sick even though he is taking precautions.

Someone posted on Facebook this game: “For those working from home, tell me something about your kids, but refer to them as your co-workers, your spouse as your CEO, and your pet as your secretary.” Here’s what I wrote:

One co-worker refuses to come to the office. However, she says she’s helping another co-worker with his workload and thinks it’s going to take all year and then some. The other co-worker is in her office, but playing games and chatting on discord. The secretary is sleeping on the job and the CEO is out of town for a week.

Just a little something to ease the mind.

It was sprinkling rain on the drive to and from the airport. The visibility was on the bad side so I missed my exit and ended up taking the long way home…or “the scenic route” as I told daughter. When we reached home it was snowing. It looks pretty bad out there as I type. Made daughter scrambled eggs and myself French toast.

Took a photo of daughter while she was eating. I’ve been watching tutorials by Ali Edwards on capturing every day small moments. When my kids were younger, I did this quite often. Then, they got busy, and I got busy, and forgot how important it was to capture small things once in awhile.

Times like these often help me reflect. I guess it’s just a reminder to slow down and pay attention. 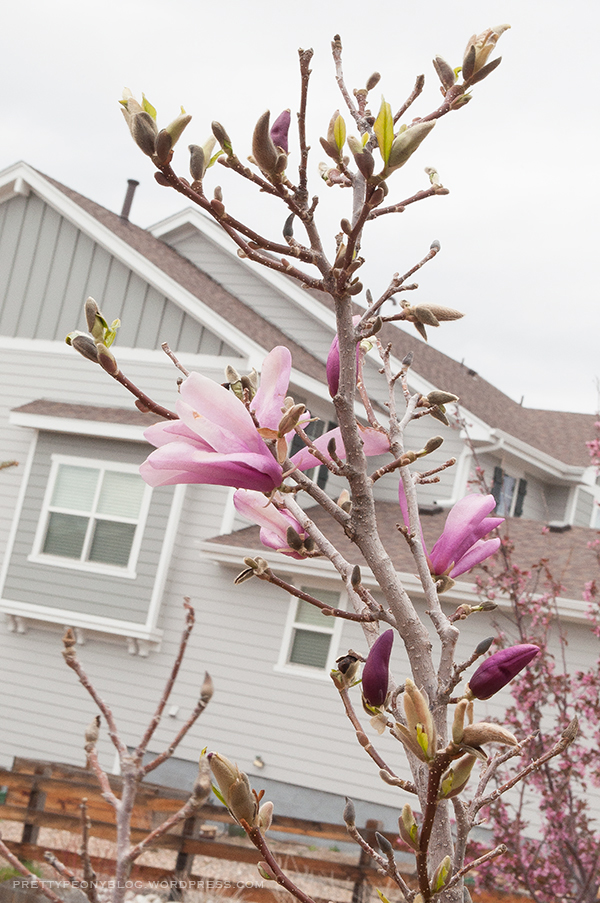 …and this is today. 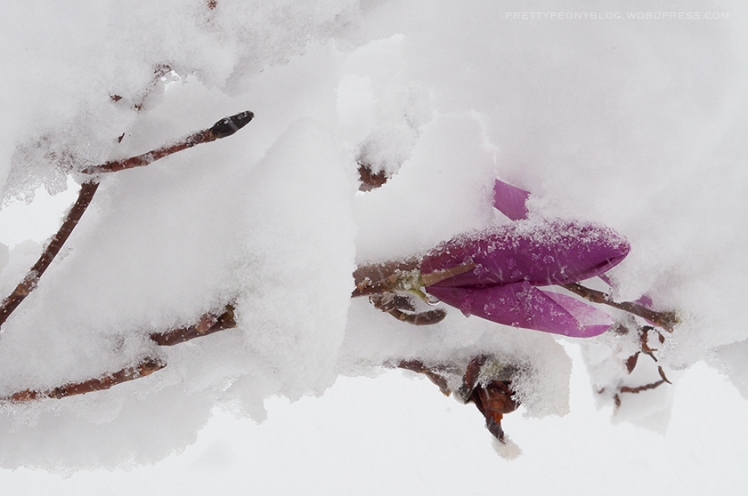 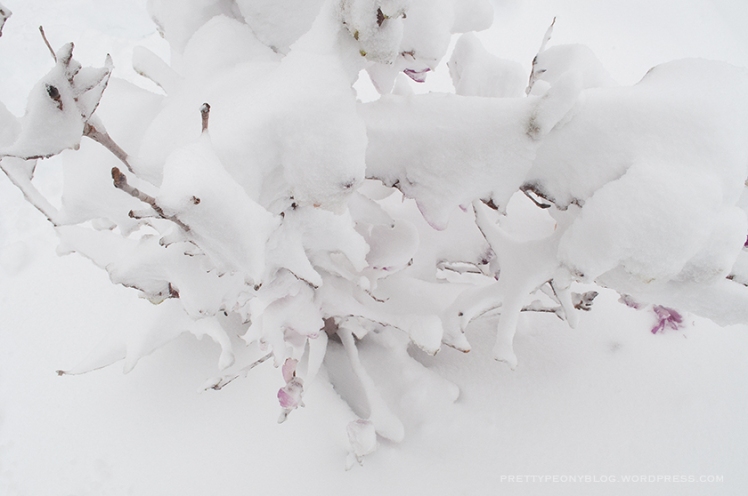 Lots of places are closed today including my girls’ dance studio.  They have a spring performance coming up and I wonder how they’ll ever get the dances done with all the snow days we’ve been having.  Even though it’s really beautiful outside, I am ready for the snow to be gone.

It’s been raining for a few days now, although, it seems the sun has come up today.  The forecast for the week should be more rain and maybe even sleet on Mother’s Day.  I actually love the rain and gray clouds.  It might feel gloomy and depressing but it makes the earth so rich and vibrant with colors.

I’ve been meaning to take photos of the plants in the yard but kept forgetting until this morning.  I’m really glad I got some nice shots.  I’m always in awe of how drew droplets randomly sit on the leaves and flowers in such a way that it takes my breath away.  I feel blessed to experience this small part of nature.  It’s something so unimportant, yet, it gives me happiness. 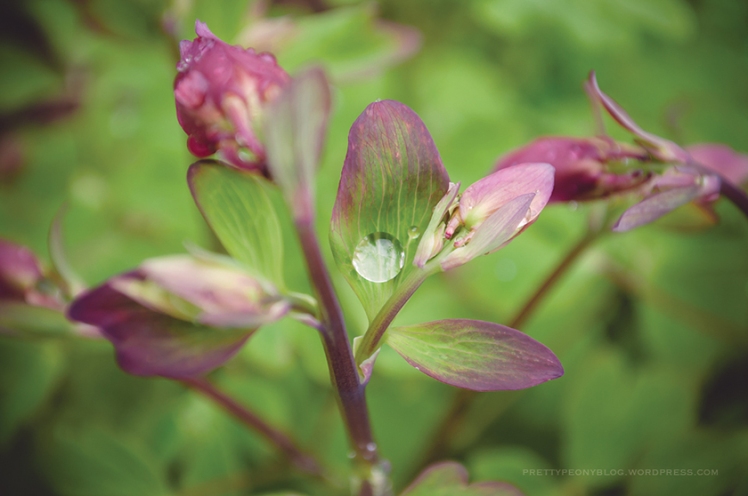 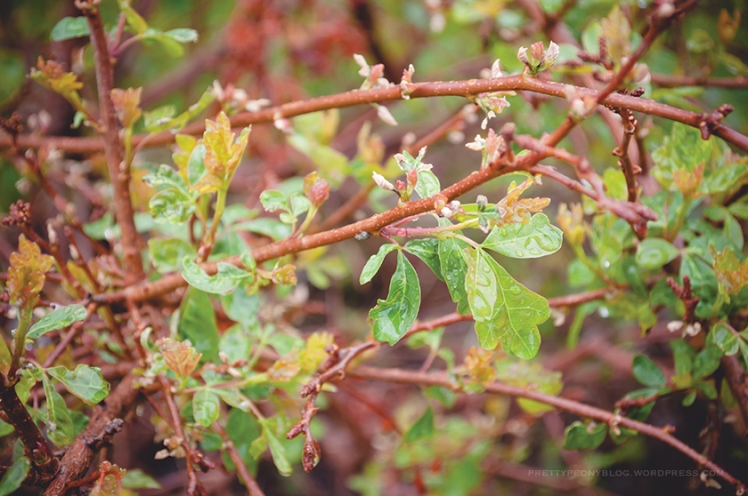 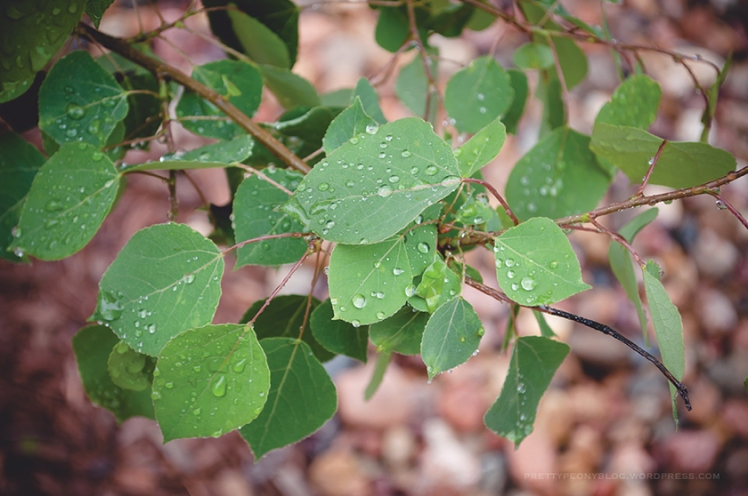 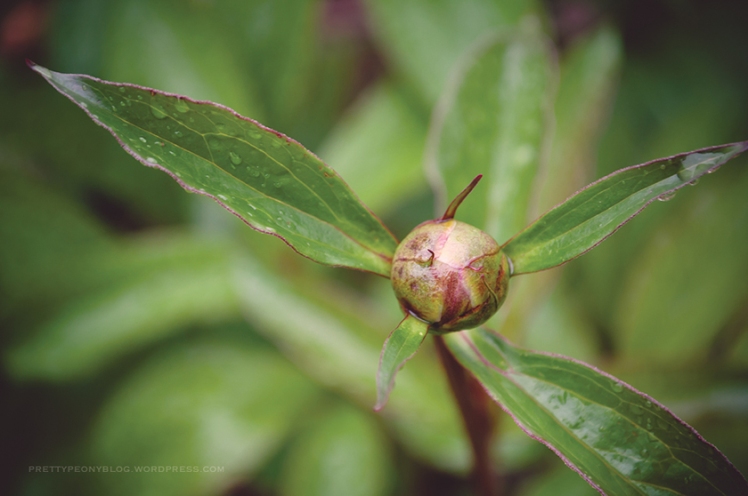 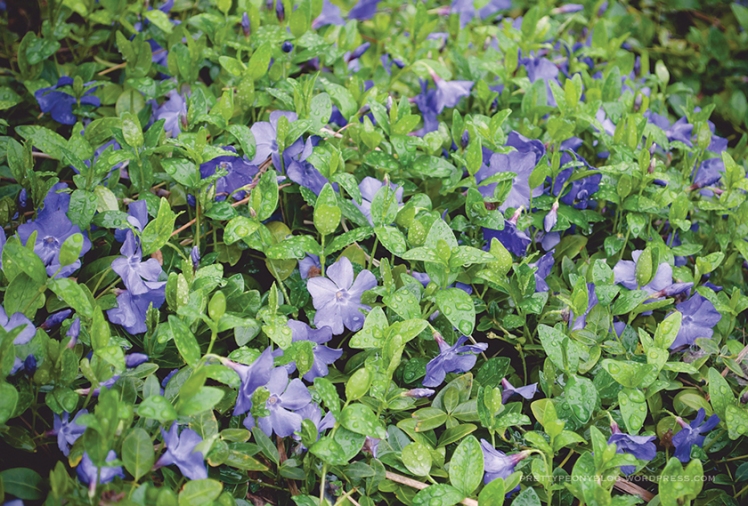 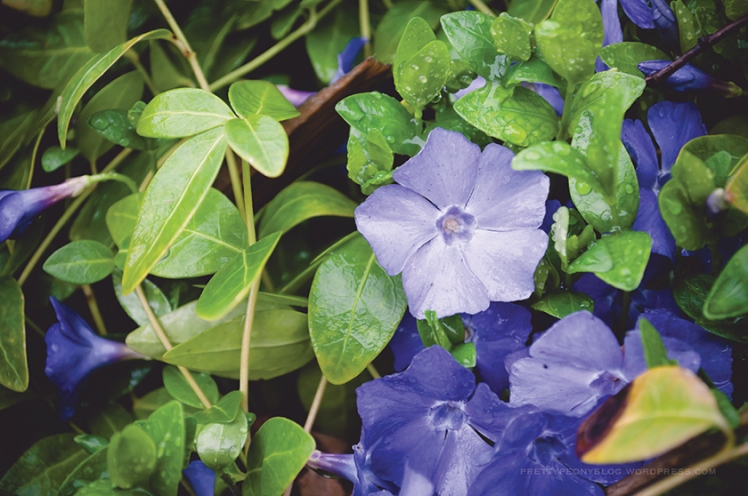 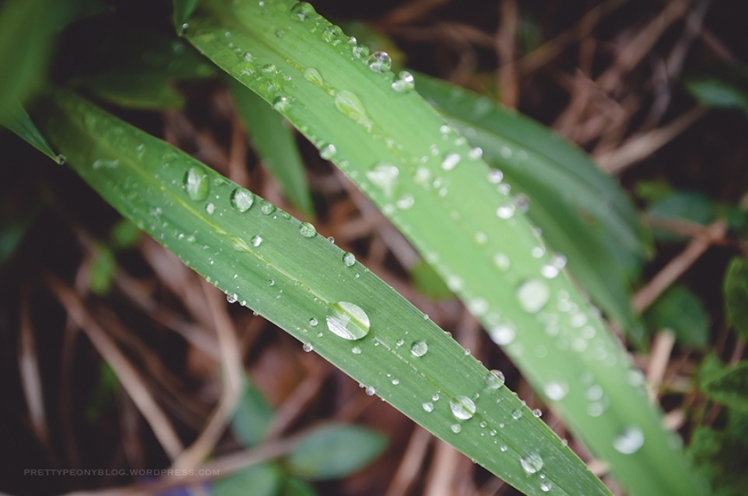 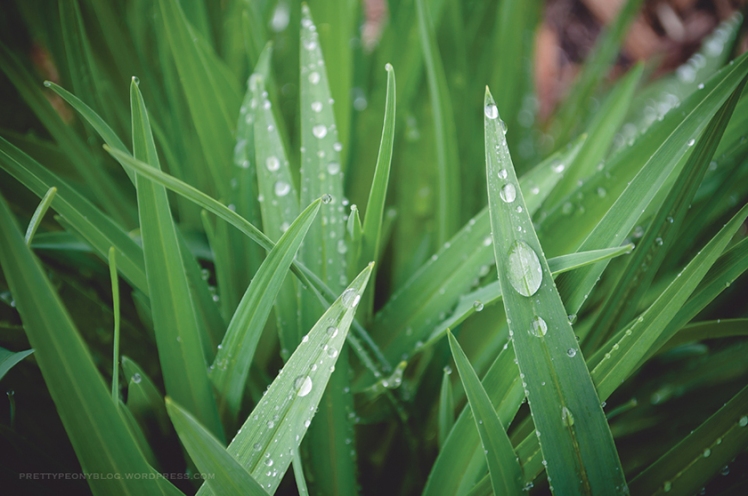 When we had the front lawn landscaped, we had a couple of cistena plum bushes put in.  Then we bought a couple more later on and planted those ourselves.  For some reason, those two died after a couple of years of pretty blossoms.  I wonder what happened.  They were planted in the same area as the thriving ones.  Going forward, we’ll probably replace them with something else.  I do really love it when they flower though. 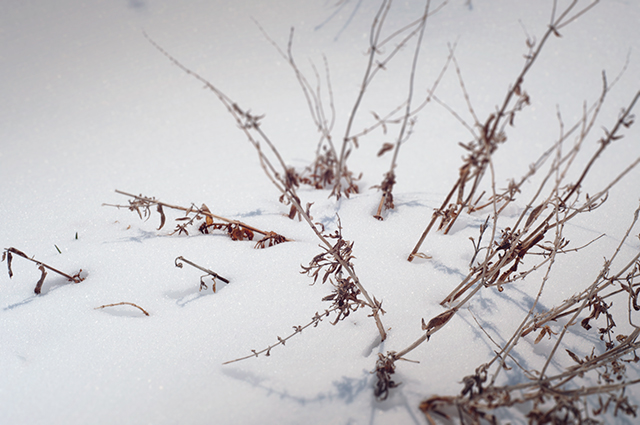 I’m not mad at you, Snow.  I kinda just want Spring here for a bit before Summer brings on her extremely high and dry heat.

It’s Spring but I am not feeling the happiness that I normally do around this time.  Health issues in the family have over shadowed the beauty and excitement of rebirth this season. 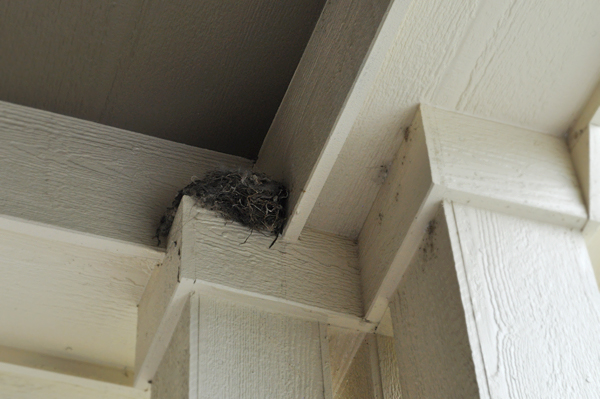 There is a nest by the front door up in the corner.  When it gets windy this nest gets blown out of place and lands by the door.  A new one always gets built right a way.

This all started last spring.

And, like last spring, an egg either falls out or gets pushed off, and makes a mess on the porch.

When I stepped outside this morning I was expecting clear skies and the air to be slightly warmer than normal but instead saw clouds and was bitten by the chill.  At least this afternoon the sky is clear.  And, some might consider it warm but it’s still chilly to me.

Yesterday, I was tired and yawned a lot.  I told my 5-year-old that the Spring witch had cast a tired spell on me and she needs to remove it because I didn’t like being tired.  My 5-year-old then said, “Spring witch, take the spell away!”

Ahhh…but she believes in the tooth fairy. 🙂

Spring is so consistent. I wish I was more like her.

Kylie loves life and nature.  She was so happy to take a photo with this daffodil peaking through the mulch.