These Shaman bells are used in Hmong spiritual rituals.  I am not Shaman so I am not familiar with the rituals.  I only know that they are used but I have no idea how and what for.  Another term for the spirit calling is “jingle bells,” or in Hmong, Hu Plig (pronounced, who-plee).

I know it’s weird to eat herbs that I don’t even know the names of but trust because my parents have always eaten them.  As a kid, I would eat the herbed chicken soup Mom made without ever wondering what the herbs were.  I just remembered it tasted good. 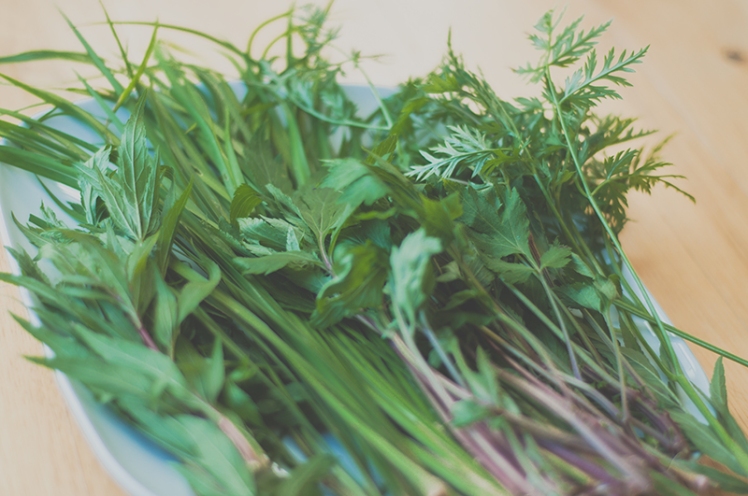 I still don’t know what the herbs are called…except for maybe the herb farthest on the right.  I think that one is called Angelica.  To make this dish, use a sprig of each of the different herbs in the photo except for the Angelica.  Just use about an inch tip of that one.

Boil the herbs with a about a pound of cubed chicken in water.  Add salt and pepper to taste. 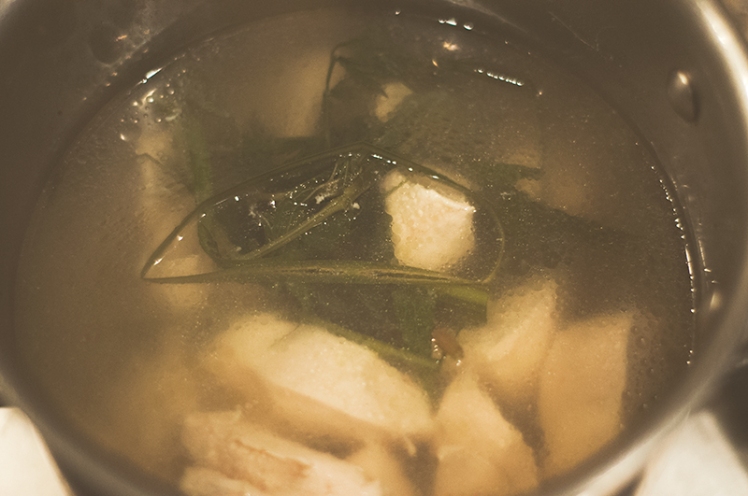 Put about a cup of rice in a bowl and then ladle with the broth and a few pieces of chicken.  Add more salt and pepper if you’d like. 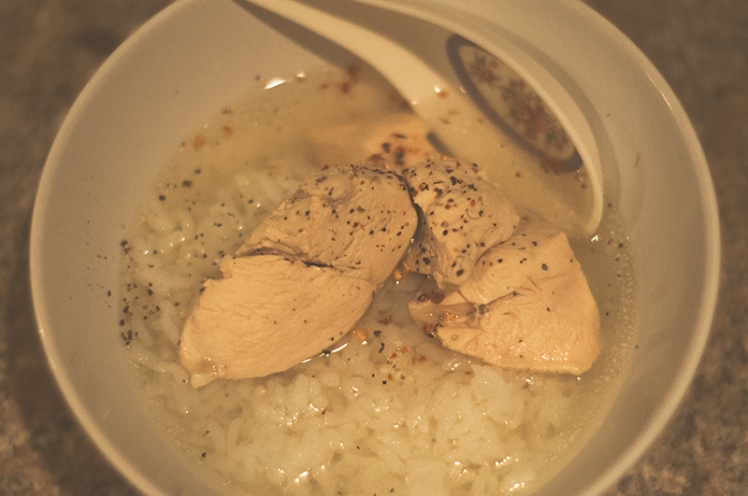 Mom used to make this with organic whole chicken freshly killed…most the time freshly killed but frozen.  Since I don’t kill my own chicken, and will never, I just buy the breasts from the local grocery store.

There is a really calm effect from this soup.  Once, when I was working and running around with so much going on, I sat down to this soup and instantly, like a light switch, I was calmed.  Relaxed.  That’s when I realized this soup was not just any soup to fill my tummy.  It has some power to it.  Not enough to do anything crazy but enough to calm my senses.  This soup is especially good during cold winters and when I’m feeling a cold coming. 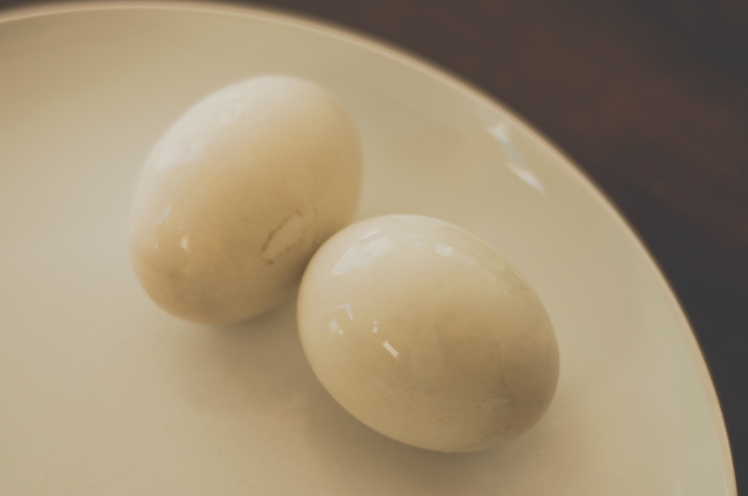 I haven’t eaten duck eggs for maybe almost 15 years now.  Maybe longer.  I was never afraid to eat them.  Mom made them look so good and tasty and that’s how I’ve remembered them.  It was a delicacy.  Mom seemed to only buy them when she had extra money.  Sometimes we had to share them.

A couple of months ago I saw duck eggs at the Asian market and decided to buy a couple for my daughters to try.  Their reaction was funny.  Funny to me.  They were actually freaked out that I would even consider eating a duck egg.  I boiled them anyway and cracked the shell.  There inside was a baby duck.  My girls screamed and refused to get a closer look.  They were just grossed out, scared, and shocked.

If you’d like to see what it looks like cracked open, click here.  I decided to make it a link just in case anyone gets grossed out.  Warning:  it is not a good sight.  I happen to not think too much of it.  It’s just a cooked duck egg and to me it tastes good. 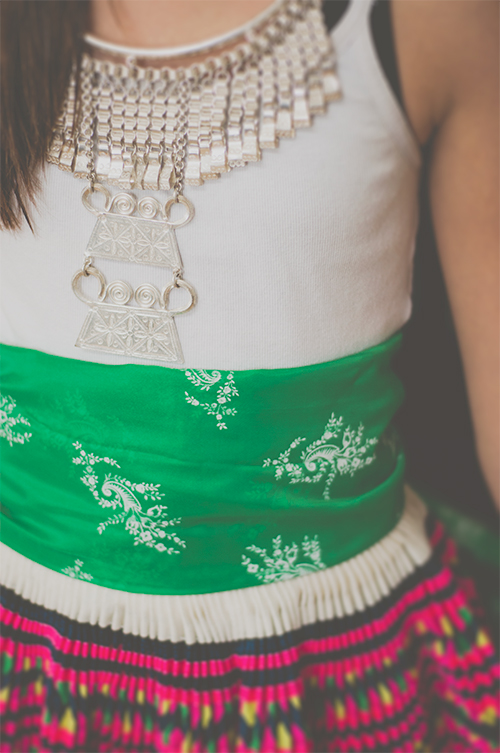 Daughter in a few pieces of the Hmong traditional outfit for the Capture Your 365 daily challenge.

Over the weekend, the family went to the Colorado Dragon Boat Festival.  It has grown so much over the years.  I can’t believe it’s been 9 years since the Hmong dance group my sister and I created performed there.

The food was delicious.  They even had funnel cakes, cheese fries, and cotton candy.  We know where we’ll be going again next year. 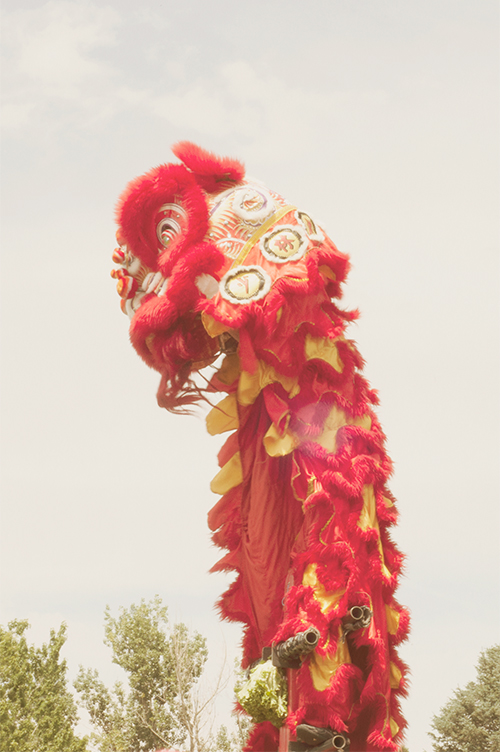 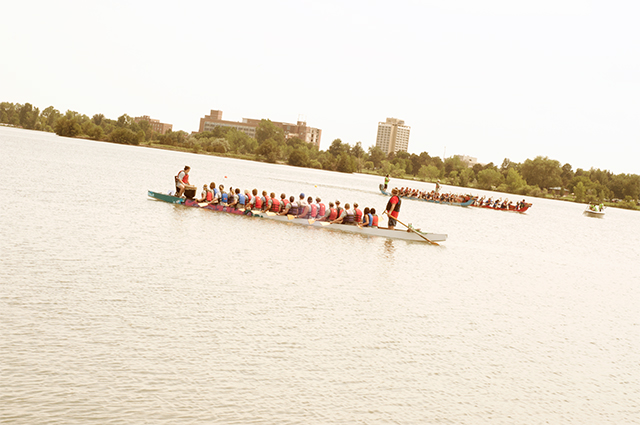 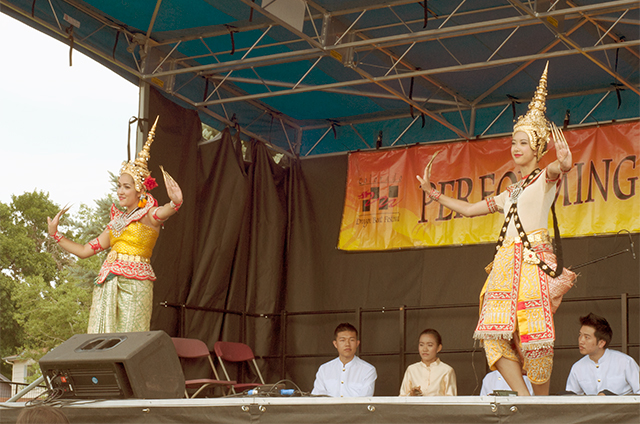 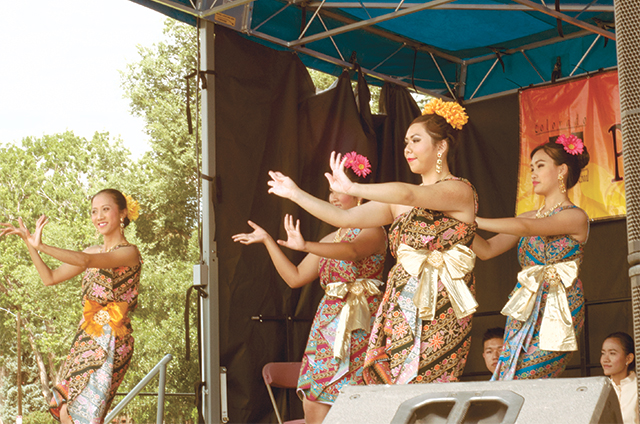 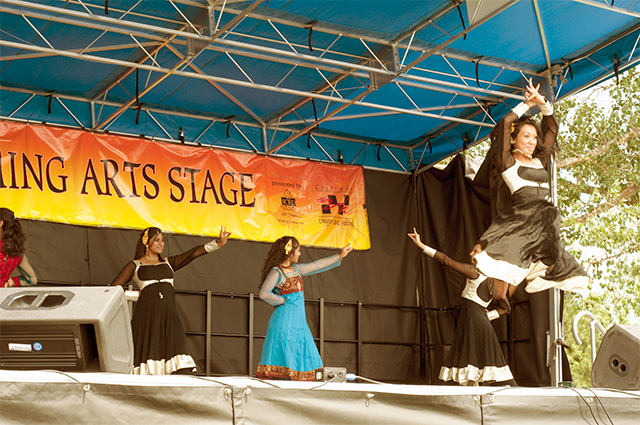 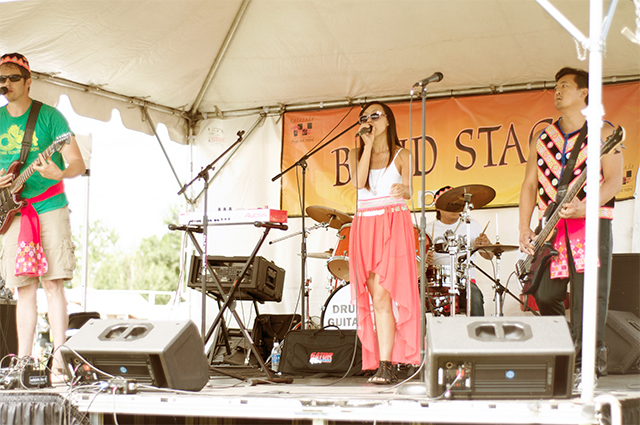 Enjoy these photos of our Thanksgiving brunch and dinner, and the Hmong New Year festival from last week and the weekend. 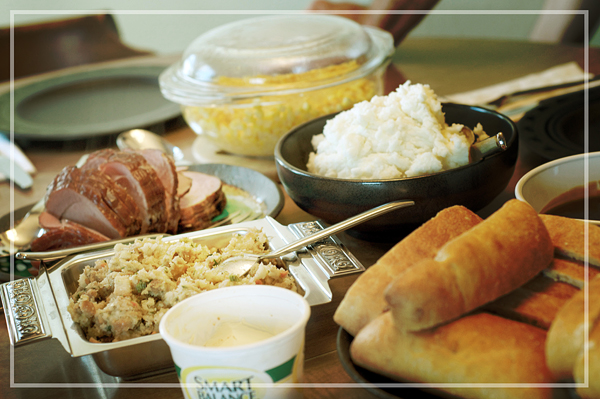 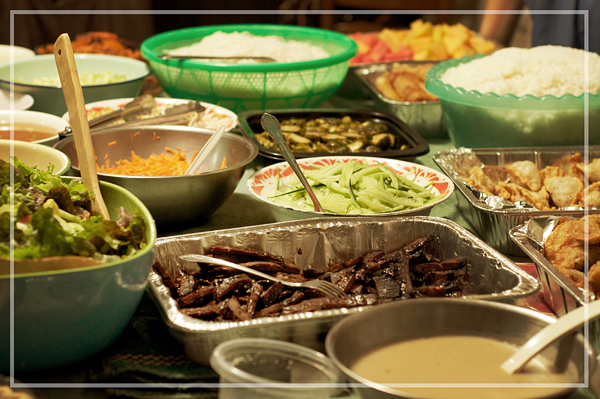 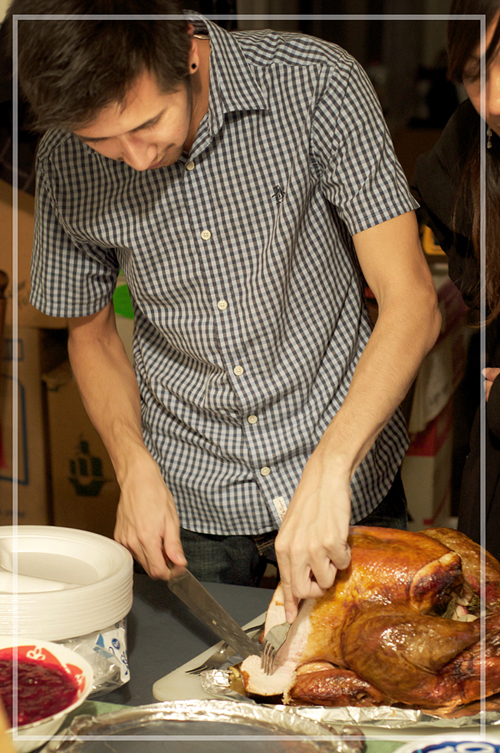 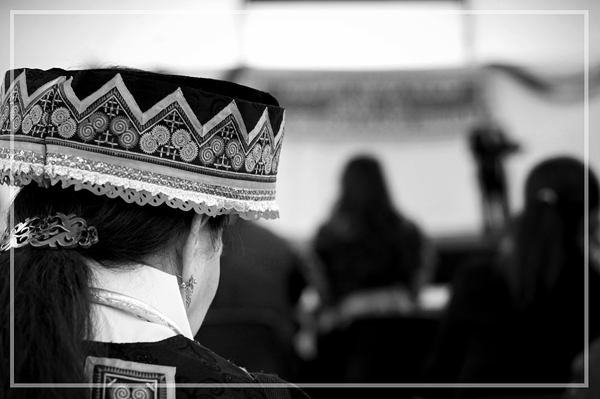 {An older lady in a beautiful yellow-colored Hmong cultural outfit} 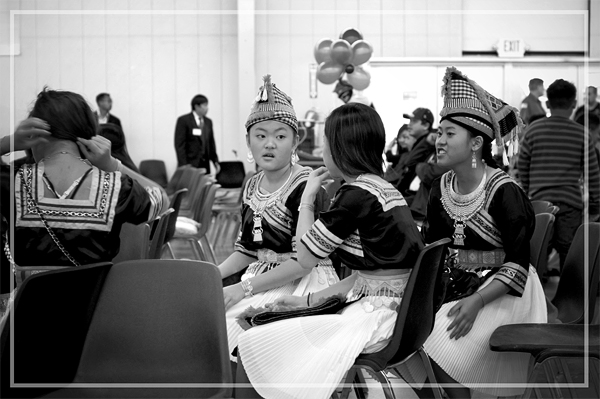 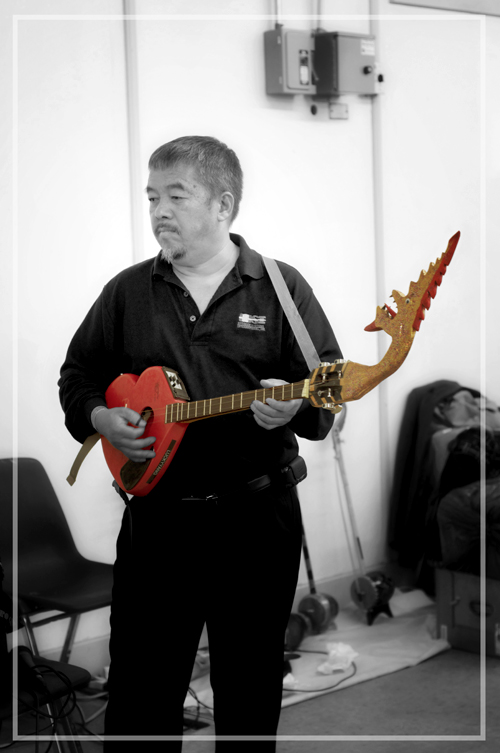 {This guy is one amazing guitarist!}

This month the Hmong New Year is once again alive with festivities, food, and culture around parts of the world.  Here, in Colorado, the Hmong New Year always takes place the weekend after Thanksgiving.  I hope to go again for the food, performances, and to see my younger sibling’s band, One Sun One Moon (OSOM), play on stage.

In honor of this special occasion, I want to share something I had worked on earlier this year.  It’s an old photo that I love and tried to restore.

The people in the photo are my uncle (Mom’s older brother), his wife, and a relative.  It was taken in Laos maybe close to 40+ years ago. 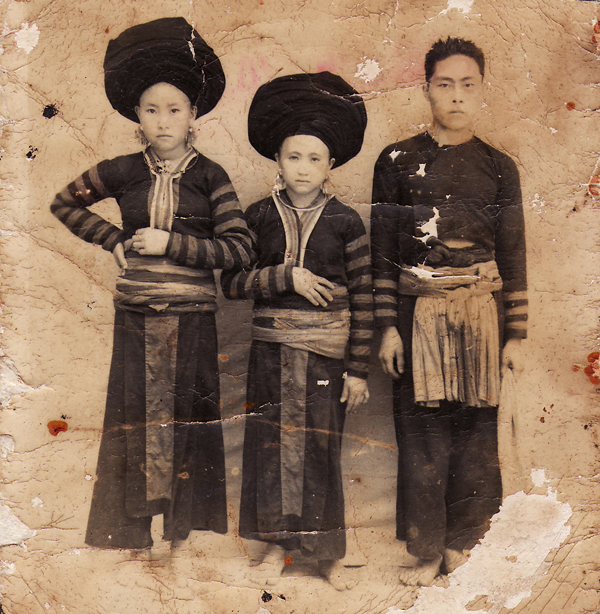 Below is the before image.  Above, I pretty much only cleaned up the scratches and crinkles on their faces.

My uncle still lives in Laos.  I don’t know very much about him, his wife, and their family.  It is sad that I don’t know because I wish I did.  Once in a while I’ll get some information from Mom but I don’t know any of their names and can’t put names to faces.  Mom is the second youngest of 7 siblings (I think there are 7…I don’t even know for sure!) and she is in her early 60’s.

Sometimes I find it strange to be brought up in a completely different culture (American) than the one my parents grew up in.