This is a story that takes place in a small village in France called Oradour-sur-Glane. Marguerite is the main character. She’s an older woman and married. She lives a simple and quiet life with her family. As the story moves along, SS soldiers start showing up in the village. They’re a little rough and tough but the villagers don’t back down. They’re not afraid of these soldiers and fight back but fighting back created more anger from the soldiers. Marguerite just wants the soldiers to leave but she knows it wasn’t going to happen and she finds her way to help those who were injured, putting herself in danger.

Overall, this was a good story. I loved the writing and the opening description of this small village. I was surprised at what happened to the people in this village since they kept to themselves. It was unfortunate and sad. The story itself moved a little too fast pace with too much going on and with lots of characters thrown in that I felt a little confused as to who each character was. I would have liked to know more about Marguerite’s husband, their youngest daughter, and the priests. I think the tension buildup wasn’t very strong and thus it lost me a little, but it’s definitely a story to check out.

What I found unique about this story was that SS soldiers infiltrated a laid-back, peaceful, small village. When we think of WWII and what Hitler did, we tend to focus on the big cities. This was a great way to show that even small towns were attacked.

Who should read this book: If you’re into WWII historical fiction, this is a good read to add to your list.

The Tattooist of Auschwitz by Heather Morris is a historical fiction story about a man named Lale Sokolov. He is a Slovakian Jew who was taken to a concentration camp to tattoo Jews being brought into the camp. His story is about survival and staying positive during this time of atrocious genocide.

Lale befriends some of the workers at the camp who were not Jews and begins to trade for food. He sees a girl that catches his eye and makes promises to himself and the girl that they would be together after the war ends, not realizing the extent of all that’s going on with Hitler’s motive.

I enjoyed this story. Even though it’s fiction, based on a Lale’s memory, I’m sure there was a lot of truth to it, even in scenes where it didn’t involve him. It makes sense that Lale didn’t see the big picture and I liked this point of view because it goes to show that when you’re inside the storm, you really can’t see how big the storm is. Lale had so much hope and positivity that you almost felt that if all fails, this story was going to be the saddest book out there. But on the other hand, I believe that his confidence helped him stay alive.

There is something special about the angle of this book. We follow Lale and get glimpses of other less fortunate Jews (and even some non-Jews) who ended up losing their lives, yet the glimpses are so powerful that without explaining all the details, you just know that the situation was beyond horrific.

Who should read this book: If you enjoy books about WWII and/or the holocaust such as The Nightingale, The Book Thief, All the Lights We Cannot See, The Whispers of War, etc., this one fits right in.

I won The Whispers of War by Julia Kelly on Goodreads. I read Kelly’s other book, The Light Over London a couple of years ago and really enjoyed it. Her writing style is superb and really puts you into the story. She also has fabulous covers. They depict the era so perfectly. I can’t wait to get started on this one.

I finished 5 books within the last half of the month: 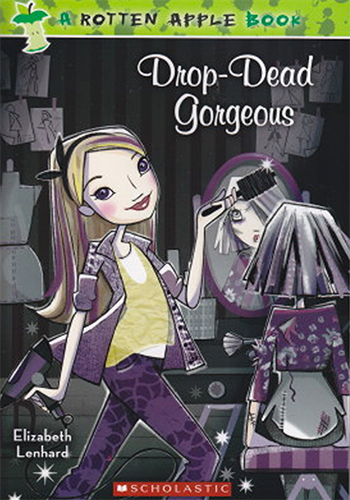 This book is about a girl, Rachel, who becomes friends with a girl who just moved into her town.  The girl who moved in is a zombie.  Rachel learns to accept the zombie girl as they go through trials and tribulations.

Read this with my 8-year-old.  I found the story line a bit boring.  My daughter wasn’t too into it as well.

This book is about the government kidnapping some hackers to eventually overtake a computer-human liquid robot who tried to overtake them.

It started out promising but then went all over the place about halfway.  Too many characters were thrown in in the beginning.  Each with their semi-detailed specialty.  I didn’t mind that so much because I liked how a chapter was given to a character.  Eventually though it just became a big mess of people.  I believe there was supposed to be a transition from computer hackers to paranormal computer activity but it didn’t happen the right way.  I was set on believing that it had something to do with hackers hacking some huge powerful database, and that if they didn’t hack into it, the data would fall into the hands of someone who would use it to destroy the world or something.  But it turned out that whatever they were supposed to hack into was obsolete and that some lady (she entered the story about halfway in) who was a very intelligent person decided to hook herself up to some strange machine that allowed her to upload data and become this liquid human machine thingy.  Her reason for it was because she had heart problems and the only way to keep her going completely dead was to hook up to a machine.  Aside from not wanting to be dead, it was quite unclear what her motives were.  Yeah, very confusing.

This book is about two sisters who survived the Nazi invasion of France during WWII.  The sisters are a decade apart in age and very different in personality.  This is a story about war and everything that war creates.

This was a well written story.  It was a truly amazing experience reading this.  I had no idea that the Nazi’s invaded France and that the French leader surrendered.  And, it made me wonder if there were really good and kind Nazi soldiers who only did their job because they had no choice or that they didn’t realize what they were doing until it was too late.  The ending got me good.  There was a twist that I had no idea was coming.  I guess if I paid closer attention I would have caught it.

This is a story everyone should read.  It really pulls at your heart.

This book is about a family who moved next door to a vacant home.  The family’s daughter learns that there is a zombie dog living in the vacant home and sets out to figure out why.  In the process she learns the story of the family who lived in the home and finds a way to send the zombie away.

This was a cute story I read with my 8-year-old daughter. 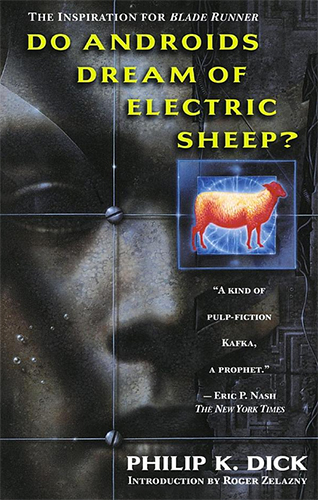 The movie, “Blade Runner,” was based on this book.  I haven’t seen the movie yet but I will soon.

This book is about a bounty hunter who’s job is to track down and destroy human-like androids.  For each android he kills he gets a good sum of money.  For three androids he’d get enough money to buy a real animal.  In that post-apocalyptic time, it is rare to see a real animal, or own one.  To own one is a status symbol.  The androids are supposed to only live on Mars with their human owner and work for them but some find their way back to earth.  They are hunted down because they are harmful to humans.  There is really no way to differentiate a human from an android except for an empathy test because androids apparently have no empathy.

This was a very intriguing story.  I’m amazed that this book was written in 1966 about the far future…aka, January 3, 2021.  A lot of things were outdated but overall I got the feel for that bleak and dusty radioactive world they lived in.  There were parts of the story that didn’t make a lot of sense to me like the godly-like man, Mercer, Mercerism if you believe in him.  Or the double world in which the bounty hunter found himself in.  Overall though, I enjoyed it.