Today was IKEA’s grand opening in Colorado.  Wish I could say I was in a tent waiting in line for two days but I didn’t get that privilege.  Instead, I went this morning with husband and the kids. 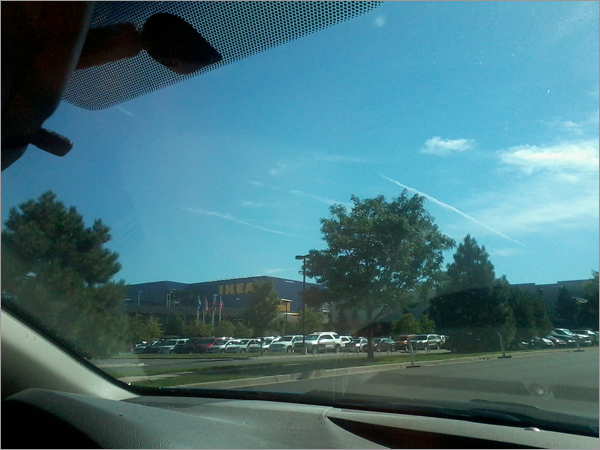 As we approached IKEA, we could see that it was already pretty busy. 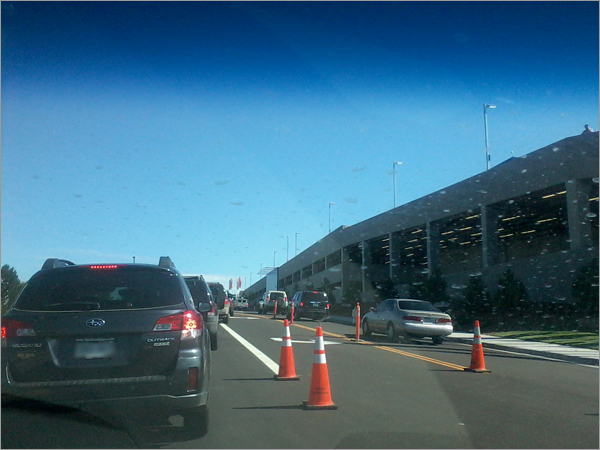 Roads were blocked and workers were telling us where to turn to park.

I thought it would be just an in and out experience but we ended up hitting the line so we stood there, with the rest of them as eager as we were, waiting our turn to get in.  The line moved quickly but we still spent a good amount of time waiting. 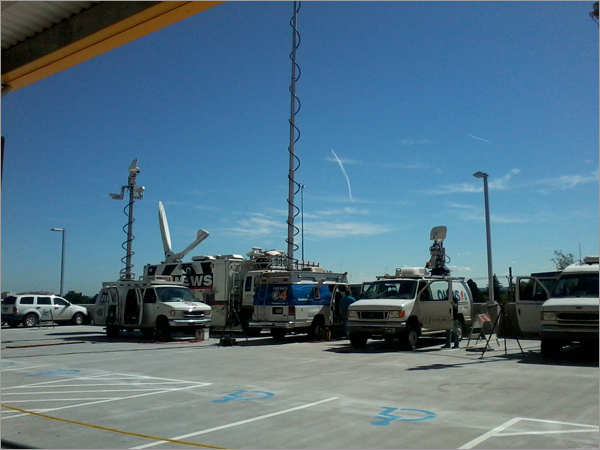 The TV stations were there to capture the craziness.  It was a strange and calm craziness though.  Maybe we were just all exhausted from the 91° heat beating on us.

It took almost 30 minutes before we were in.  There were so many people inside that it was way too crowded to do any serious shopping.  We wanted to try out the cafe but that line was pretty long too so we snacked on hotdogs and pizza by the checkout then made our way out.  We left with some cinnamon rolls and an empty IKEA bag.  I think we waited in line longer than we were inside the store.

There are plans to return in the future when all have settled.