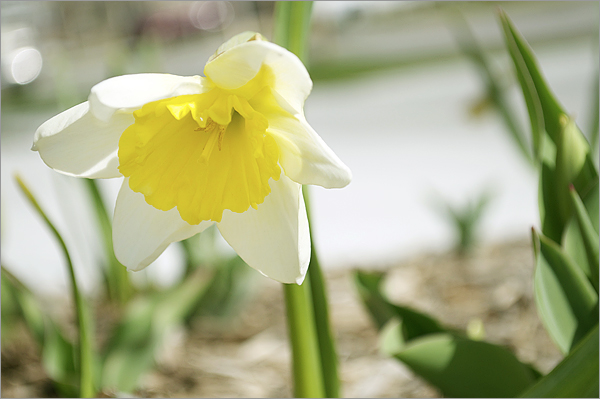 The daffodils bloomed last week.  This week, I believe, three have bloomed.  As for the tulips, they are getting close to blooming.  I’d say either by the end of this week or the weekend, they’ll definitely be exposing their vivid brights.

We went to Lowe’s to get a plum colored bush but I found some peonies and couldn’t leave without buying one. 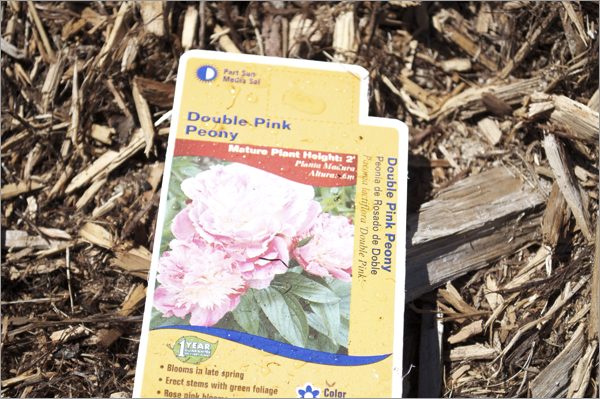 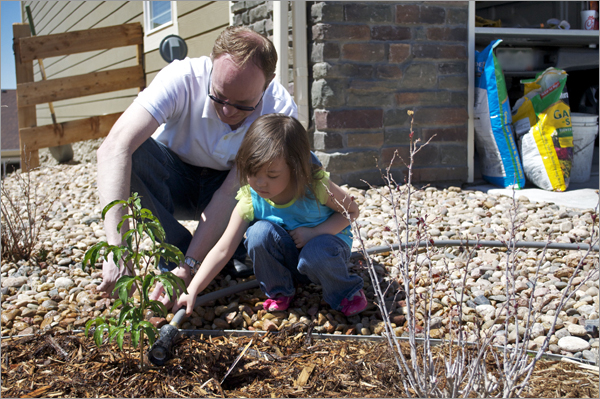 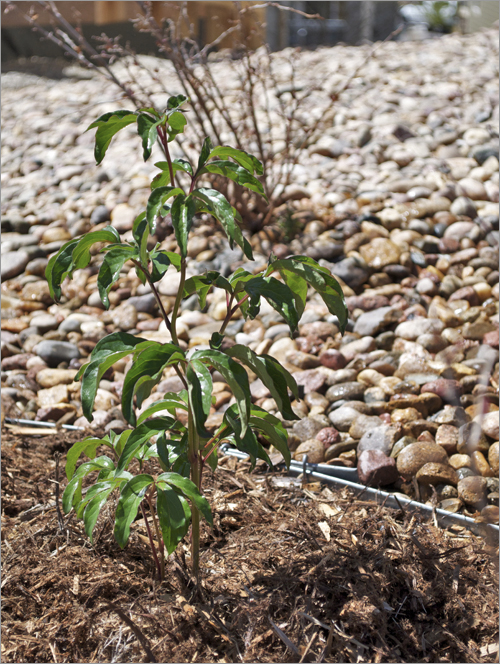 Below is the plum colored bush.  I can’t remember the exact name.  When the builder landscaped our front yard they put in one of these but at the time we had no idea what this little bush was all about because it was so small and it wasn’t flowering yet.  When we would see this bush in other people’s yard, we just couldn’t imagine not having more in ours so that’s why we now have another one.  We might put more in the backyard when we begin the landscaping (we’re still waiting for the approval…it’s only been 2 weeks since we’ve submitted the design for approval). 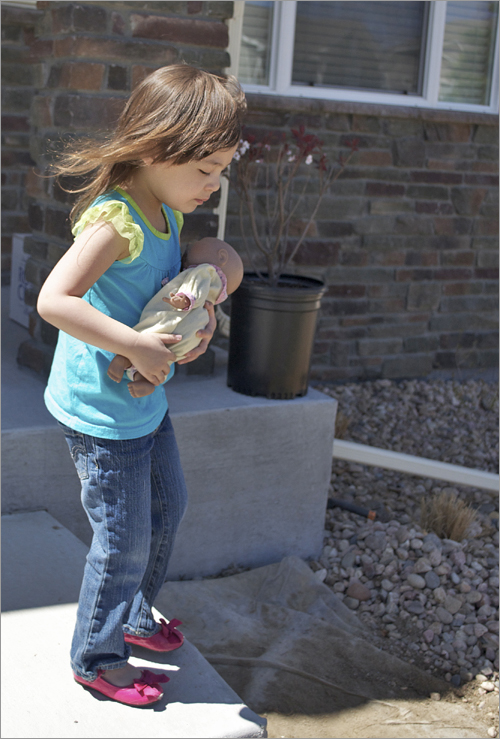 Not sure why Kylie grabbed for her toy baby but after planting the peony, she pretty much sat around with the baby while husband and I put in the plum bush.  Husband did all the hard work. 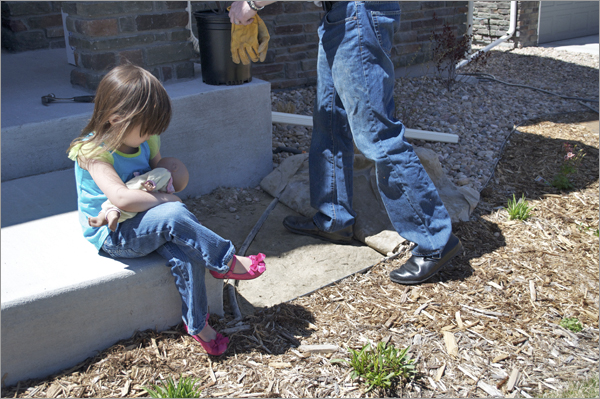 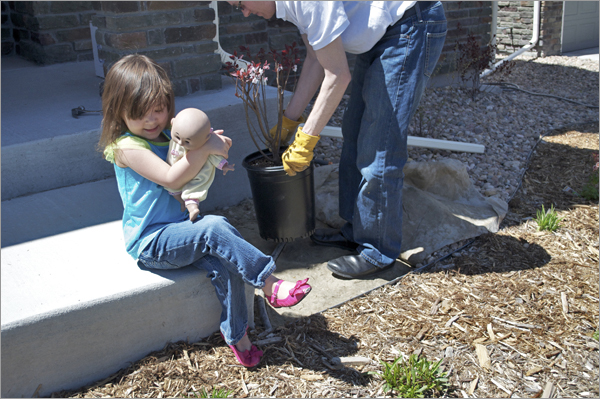 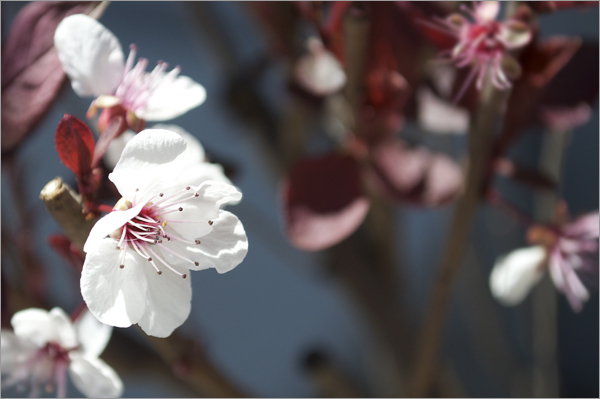 Here’s a close up of a flower from the bush.  This bush looks so much like the actual plum tree that produce plums except it sits lower on the ground and doesn’t produce any plums.  I think they can grow pretty tall and I also think they flower all summer long.

We also planted a pretty pink flower bush but yesterday I took a look at the plant it looked like it was dying.  The flowers didn’t open and some were fallen off the branches.  I hope it doesn’t die. 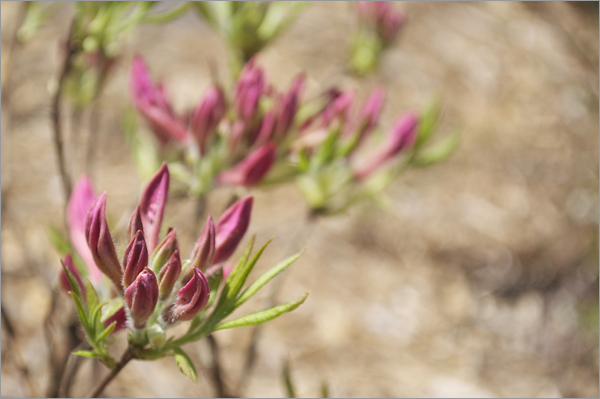 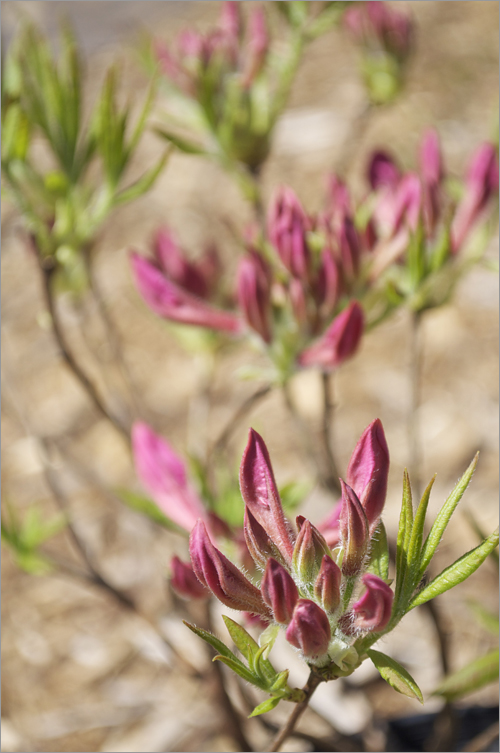 Follow From My Corner of the Universe on WordPress.com
Wool & Words